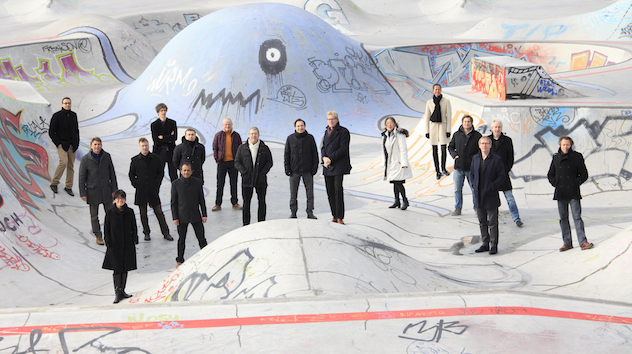 Year 2015 edition of Time of Music Festival is titled ”Checkpoint Viitasaari”. The festival brings together an exceptionally wide range of artist generations: both those who have established their careers and those who visit Viitasaari the first time. Time of Music aims at creating dialogues between generations and their questions, checkpoints and experiences. Since the early days of the festival, Brian Ferneyhough and George E. Lewis are returning to the festival to teach the professionals of the future.

Welcomed and expected guest, Sir Harrison Birtwistle visits Viitasaari the first time. 80-year-old Birtwistle is no doubt one of the most distinguished living composers in the world. Time of Music Summer Academy courses have over 40 participants who work with composition, improvisation, ensemble playing and percussions.

Sir Harrison Birtwistle´s music has been presented all over the world during his anniversary celebrations. The festival presents the largest portrait on Birwtistle´s music in Finland so far, focusing on later chamber music and culminating in his late masterpiece Theseus Game for 30 players and 2 conductors. Birtwistle’s piano repertoire is performed by contemporary music expert pianist Nicolas Hodges. Steven Schick, one of the most esteemed percussionists and pedagogues will be joining with Hodges in Birtwistle’s Axe Manual. With Schick’s tutoring the percussion course will prepare and perform Birtwistle’s percussion ritual “For O, for O, The Hobby-Horse is Forgot”. The programme includes also Birtwistle’s Pulse Shadows, which is based on Paul Celan’s texts and performed by Uusinta Ensemble, Quatuor Diotima quartet and one of the top contemporary sopranos Tony Arnold. The piece is conducted by Christian Karlsen.

One of the largest residencies in the history of Time of Music is the long visit of Ensemble Modern. The ensemble founded in 1980 and based in Frankfurt am Main, Germany, is internationally considered one of the leading ensembles of contemporary music. They return to Finland first time after 1980s and play several concerts at the festival, among them Hans Zender’s 33 Veränderungen über 33 Veränderungen and one of the festival’s commissions, Lauri Supponen’s orchestral piece “fix”. The ensemble is conducted by Johannes Kalitzke, Frank Ollu and Steven Schick.

Time of Music is a partner at Ulysses Network Project funded by EU commission. During 2015 the Ulysses Network Project will bring to Viitasaari the French contemporary music string quartet Quatuor Diotima and two very interesting ensembles by young musicians, Ensemble Nikel from Israel and Switzerland and Dutch ensemble Looptail. Brian Ferneyhough, widely recognized as one of today's foremost living composers and pedagogues, will be teaching young composers in the frame of the EU project.

Main Finnish artists are Helsinki Chamber Choir and UMO Jazz Orchestra. The Chamber Choir, conducted by Nils Schweckendiek will perform pieces by Ferneyhough, Lewis and Birtwistle, all present at the festival, and one of the commissions of the festival, Heinz-Juhani Hofmann’s “Self-portrait” based on his own text. George E. Lewis has written his first choir composition “The Ancient World” for Helsinki Chamber Choir, and its world premiere will be performed at the festival. One of the all-time favorite Viitasaari visitors, UMO Jazz Orchestra performs Lewis’s big band music and a wide range of contemporary pieces written for the orchestra.

Last day of the festival is dedicated to the younger generation of artists and composers. The concerts include 9 world premieres from young composers around the world. The festival culminates in Steve Reich’s minimalist masterpiece “Drumming”, performed by Steven Schick and percussion course.