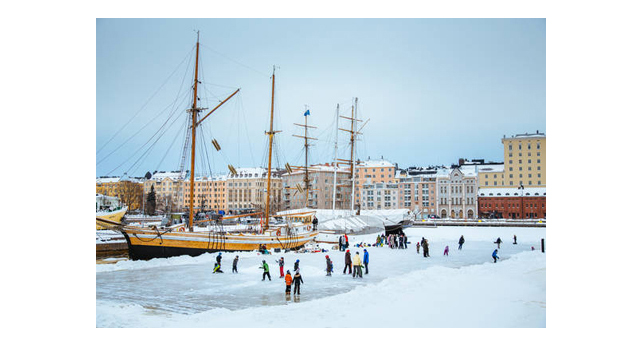 
Helsinki has been awarded City of Design status as part of the Creative Cities Network established by Unesco.

”The admittance to the City of Design Network fortifies Helsinki’s status among the design cities of the world”, says Mayor Jussi Pajunen. “We are happy and proud to receive this recognition. Unesco’s appointment is a fine continuation to Helsinki’s and Finland’s design tradition and the Design Capital Year.” Helsinki formed the Design Capital Year 2012 with partner cities Espoo, Vantaa, Kauniainen and Lahti.

In its strategy, Helsinki has made several commitments to advance and implement design. Design knowledge is considered a reforming dynamic, which helps develop the services of the city and make them even more user-oriented. Design is also an increasingly important part of corporate competitiveness. “Helsinki wants to participate in the acceleration of cooperation between different industries, such as the integration of design and technology, in order to generate more international success stories”, says Marja-Leena Rinkineva, Director of Economic Development at the City of Helsinki.

The application submitted by the City to Unesco focused on Helsinki’s commitment to utilising design in developing a better city. To Helsinki, the design perspective is a part in the building of an open city.

The city strengthens the use of design in its own operations


Unesco’s Creative Cities Network supports worldwide cooperation and communication between cities. The members of the network have recognised the added value that the know-how of the creative sectors brings to sustainable urban development. The fact that Helsinki joins the network as a City of Design poses a possibility to further strengthen the city’s capability as a user of creative methods and design.

The International Design Foundation’s Design Driven City project, which builds on the tradition of the Design Capital Year, develops design-related competence in the planning of public services. The three city designers of the project offer cities expertise in utilising design and help the design sector to understand the needs of the public sector.

”Cities are used, not looked at. That is why they must also be designed with understanding of the users, so that they support, not prevent, our everyday needs. The means of service design have been utilised to find new kinds of user-oriented solutions, out of which, for example, HSL’s Kutsuplus service has gained worldwide interest”, says Design Driven City Communications Director Laura Aalto.

Helsinki works to increase the demand for design competence, among other things, through numerous collaborative development projects for companies and the city. The aim of the Design Helsinki/Helsinki Design discussion series, which begins on Friday, 5 December, is to further intensify the dialogue between the city and the designers.

The Unesco Creative Cities Network now comprises 69 cities, 16 of which have been appointed to the network as City of Design cities, whose key theme is design and its utilisation in urban development.