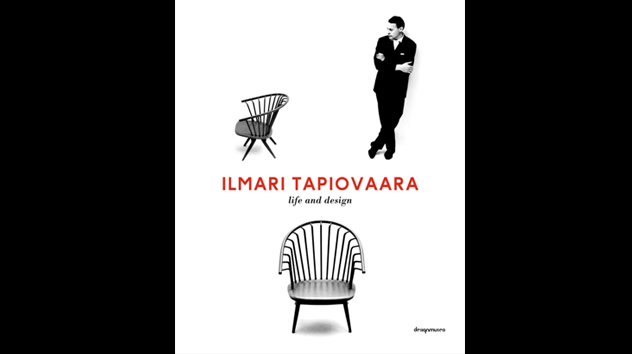 Interior architect Ilmari Tapiovaara (1914 –99) was a leading figure of the so-called golden age of Finnish design (after second world war). Known as the father of the Domus chair, Tapiovaara was the son of a large family from Häme, South Finland. In the 1940s, he became a star figure who helped put Finnish design on the map. This collection of articles, edited by Aila Svenskberg, in honour of the centenary of his birth explores the life and work of this exceptionally versatile, international designer. In their articles, Pekka Korvenmaa, Professor of Design History at Aalto University and Professor Jonathan M Woodham of the University of Brighton – present the wide-ranging oeuvre of Ilmari Tapiovaara and his international success story. Researcher Susanna Aaltonen writes of Annikki Tapiovaara, a talented interior architect in her own right and the colleague and wife of Ilmari Tapiovaara. Suvi Saloniemi, Curator at Design Museum, discusses Ilmari Tapiovaara’s work in the context of international design-related projects for purposes of sustainable development. Editor and journalist Aila Svenskberg tells of a multidisciplinary designer who was also talented writer and international pr person, film architect, teacher and much more. Tapiovaara’s own voice, however, is heard most clearly from the past, not only in impressive photographs of his designs but also in a previously unpublished article by him with the title “‘Generations’ of Tools”.

Published on the occasion of the exhibition

The book can be ordered by mail from Design Museums web shop http://shop.designmuseum.fi/, price 42 €.

It is also possibly to buy the book from Design Museum Shop and Akateeminen bookshops, later possibly sold internationally.