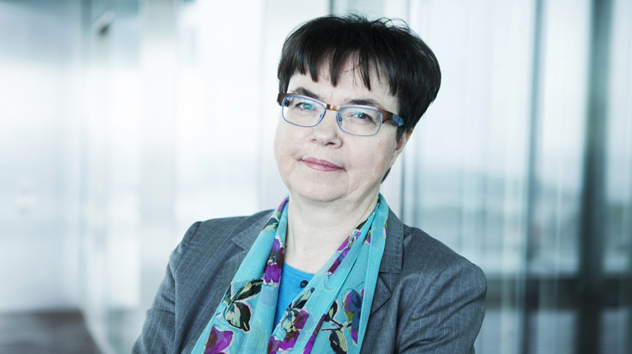 The Finnish Society of Crafts and Design / Design Forum Finland awards its distinction, the Estlander Medal, in the occasion of its 140th anniversary. The Gold Estlander Medal is given to Design Director, Professor Anne Stenros. The medal was presented in the anniversary seminar of the Society at Ateneum on the 29th of October 2015.

Design Director, Professor Anne Stenros acted as Managing Director of Design Forum Finland from 1995 to 2004. In 2005 she was Executive Director of Hong Kong Design Centre. Currently she is Design Director at KONE Corporation, a world leading elevator and escalator company. She has lectured around the world and written articles on the theory and philosophy of architecture, design and innovation. Among other positions of trust, she currently holds an adjunct professorship in Design Leadership at the Aalto University, School of Arts, Architecture, and Design.

Anne Stenros has been working long in furthering Finnish design and design management both in the Finnish Society of Crafts and Design / Design Forum Finland and the business world. She has been an active advocate of design in several national and international positions of expertise and trust. She has also supported design leadership education, acting both as a proponent and teacher.

The Estlander Prize and Medal are a distinction instituted by the Finnish Society of Crafts and Design / Design Forum Finland in its 125th anniversary year in 2000. They are given in recognition of significant achievement on behalf of Finnish design. They are named after the Society’s founder, Professor Carl Gustaf Estlander (1834–1910), and are awarded in the spirit of his life’s work and Finnish design.

The gold, silver and bronze medals are awarded to persons who have deepened the interaction of design culture with Finnish business and industry in significant ways. The criteria of this distinction underline efforts for promoting the uses of design in business and industry. The medal is designed by the artist Tero Laaksonen.