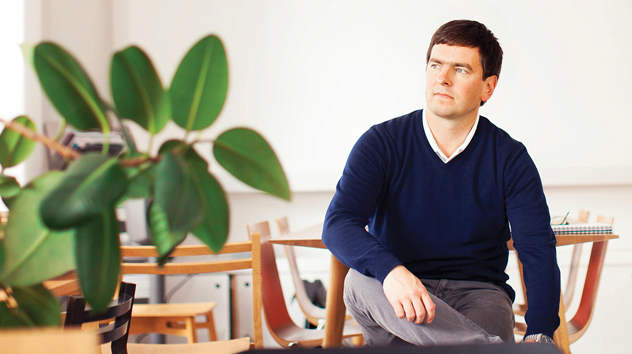 The Kaj Franck Design Prize of 2014 awarded by Design Forum Finland has been given to designer Harri Koskinen. The prize is one of the most eminent design prizes in Finland and was now awarded for the 23rd time.

Harri Koskinen is one of the most successful and renowned Finnish contemporary designers. In 2000 he was chosen Design Forum Finland's Young Designer of the Year and after that he has received several noteworthy design prizes, including the Compasso d'Oro in 2004 and the Torsten and Wanja Söderberg Prize in 2009. Since 2012 he has, along with his own creative work, been Iittala's Design Director, thus following in Kaj Franck's footsteps.

The prize jury stated that from the beginning, Harri Koskinen's career has been directed towards international markets. His clear and minimalist language of form continues the traditions of Finnish design, at the same time renewing them. According to the prize jury, Harri Koskinen has created an extensive and consistent oeuvre, which is original and recognizable. Functionality, the versatility and honesty of materials, and aesthetics have been values attached to his designs. The result is timeless products with classical beauty.

The Kaj Franck Design Prize is awarded annually to a designer or team innovatively creating both high-quality industrial design and unique, one-off works. The winners of the prize represent comprehensively top Finnish design. The prize sum of €10,000 is donated by the Finnish Fair Foundation. The prize also includes a medal designed by Tapio Junno and an exhibition presenting the prizewinner’s oeuvre.