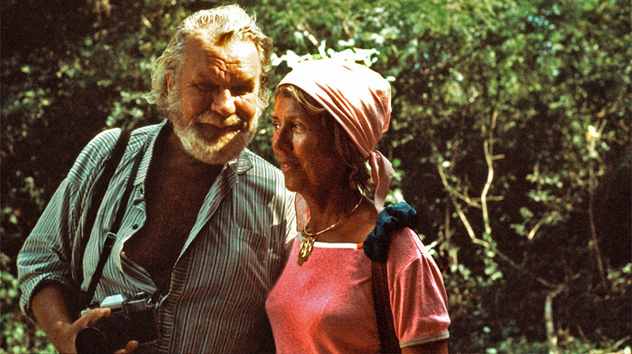 "The world of my art … it is how I live my life and how I work. It has grown from those experiences that are commonplace for people living in the north. The same continuous evolution process of phenomena can be seen in nature and in humans. The process repeats itself: winter, spring, summer, autumn – and, yet, it is always new and surprising."  - Tapio Wirkkala, Domus magazine 1981.

The centenary will start on 2 June, with a special lecture in Helsinki. The same day will see the opening of the exhibition "8 Exposures – New Views on Tapio Wirkkala” at the Ateneum Art Museum. The exhibition will feature eight well-known Finnish artists: Elina Brotherus, Kira Gluschkoff, Pirjo Honkasalo, Ismo Kajander, Jorma Puranen, Pentti Sammallahti, Rauno Träskelin and Sakari Viika. Each artist will create a new work from their own point of view. These perspectives add to the image we have of Tapio Wirkkala and his philosophy. The curator of the exhibition is the artist Maaria Wirkkala.

On 3 June, a sales exhibition of designs that Wirkkala created for the Italian glass factory Venini will open at the Design Forum Finland showroom at Erottaja in Helsinki. On 5 June, an exhibition will open at the Design Museum in Helsinki, presenting Wirkkala's unique and mass-produced original works and interpretations and applications of the designer's works made using 3D printing. Also in June, an exceptionally wide selection of porcelain objects designed by Wirkkala for Rosenthal, a German porcelain manufacturer, will be on show at two exhibitions in Kaustinen and at the Finnish Glass Museum in Riihimäki, Finland.

Produced by the TWRB foundation and designed by Harri Koskinen, the main centenary exhibition, STILL / LIFE - Tapio Wirkkala Retrospective Exhibition, will open on 30 October at the Korundi House of Culture in Rovaniemi, Finland. Instead of staging a traditional retrospective exhibition, Koskinen, a new generation designer, approaches Wirkkala's work as a kind of backdrop to today's design. In March 2016, the exhibition will move on to the Sámi Museum Siida in Inari in Lapland, and from there, to the Kaustinen Folk Art Centre in the autumn of 2016. At the beginning of February 2017, the exhibition will open at the EMMA – Espoo Museum of Modern Art, Finland.

For Wirkkala and Bryk, Lapland was a second home, a place they always returned to after their journeys. Many of Wirkkala's classic works were created in Lapland, including the knives and the glass sculpture Paadar's Ice, which won him the Grand Prix at the 1960 Milan Triennale.


The most concrete and lasting imprint of the artist couple is the richness of their work. The first centenary product to be launched by the TWRB foundation is a wine glass designed by Wirkkala in 1956. The glass was originally designed for the 275th anniversary exhibition of the Federation of Finnish Glass Industries. The centenary paper product series will bring Wirkkala and Bryk's work to everyday use. The gift-wrapping paper, sticker sheet, notebooks, postcards and posters will be sold, for example, in the EMMA Shop at the EMMA – Espoo Museum of Modern Art. During the centenary year, products will also be launched, for example, by Artek, Iittala, Kultakeskus and Rosenthal.


In April 2015, an exhibition entitled “Pathmakers: Women in Art, Craft and Design, Midcentury and Today”, featuring a work by Rut Bryk, will open at the Museum of Arts and Design (MAD) in New York. In 2016, the centenary year of the birth of Rut Bryk, an exhibition exploring Bryk's life and work will open at the EMMA – Espoo Museum of Modern Art.

Tapio Wirkkala, one of the internationally most well-known Finnish designers, personifies modern design. He was a particularly versatile and prolific artist who was not constrained by the boundaries between materials, functions or various forms of art. The scale of his work ranged from stamps to futuristic urban designs and from jewellery to land art the size of a fell. Tapio Wirkkala brought together craft and industrial manufacture, unique artistic form, anonymous mass production, tradition and innovation. Wirkkala designed products for several Finnish industrial companies and worked in Italy, Germany and Mexico. Wirkkala's designs and works of art are included in the collections of leading museums around the world. He won awards in many prestigious competitions and received many acknowledgements, including the Grand Prix medals at the Milan Triennale in 1951,1954 and 1960, and the gold medal in 1960.

Rut Bryk is known primarily for her ceramic works. Her first, figurative period was characterised by ceramic pieces that featured still lives, architectural and mythological motifs, plants and birds. In the late 1960s, Bryk began to create large architectural ceramic pieces that composed of a number of modules of different shapes and colours.
Many of Bryk's monumental works are an integral part of significant architectural attractions, such as the Helsinki City Hall, the Finnish Embassy in New Delhi, and Mäntyniemi, the official residence of the President of the Republic of Finland.
In addition to her works of art, Bryk also designed simple geometric ceramic objects with strong colours, exquisitely dyed textiles and graphic surface decorations for porcelain products designed by Tapio Wirkkala. Rut Bryk’s work has been exhibited around the world and is included in the collections of leading international museums. Bryk is one of the most internationally awarded ceramic artists in Finland.